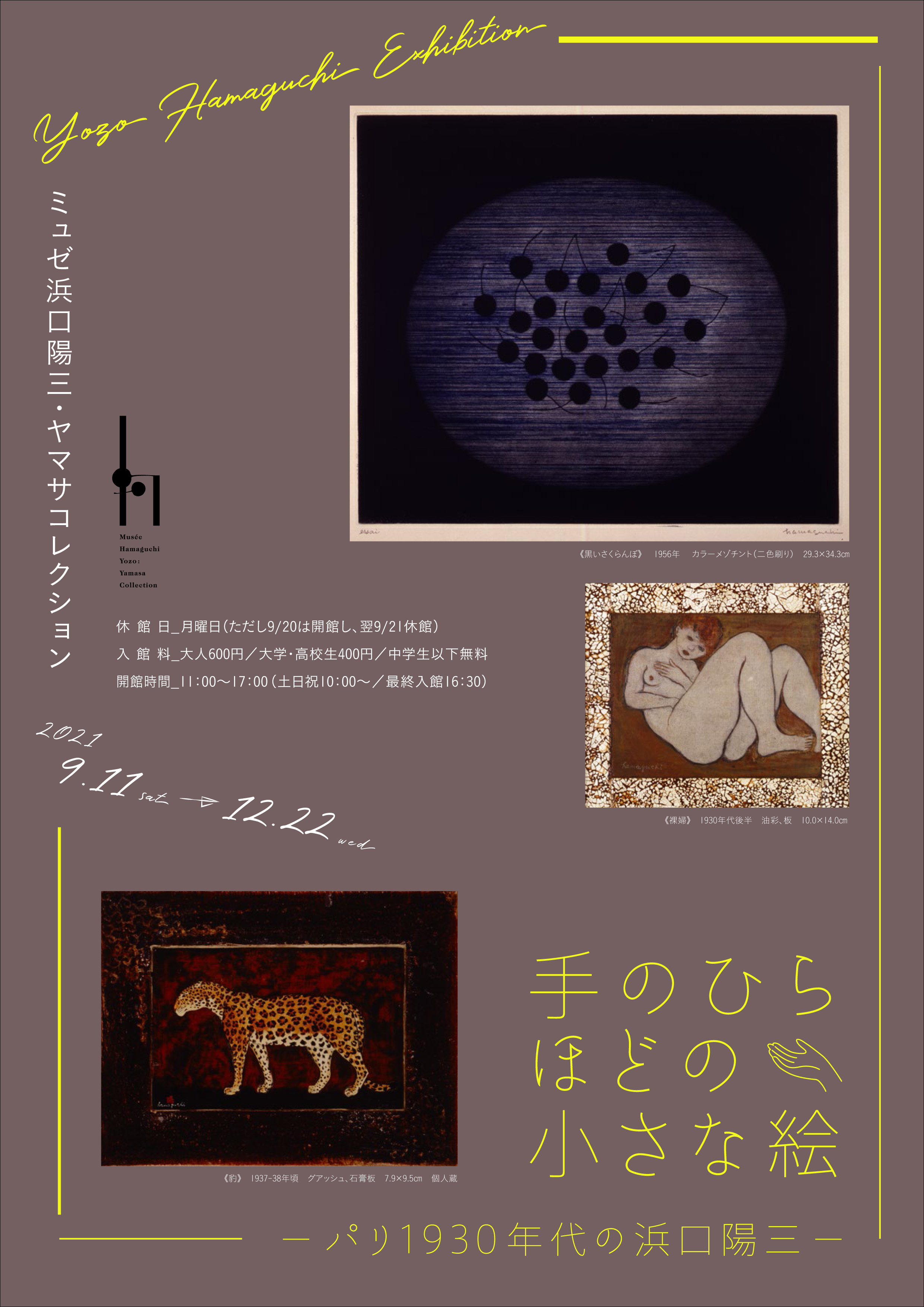 This is an exhibition introducing Yozo Hamaguchi’s young days in Paris, who is a leading copper-plate artist of the 20th century.

In 1930, Hamaguchi withdrew from the Department of Sculpture of Tokyo Fine Arts School in two years and headed to France.  At one time, he exhibited oil paintings at salons in Paris, but he said he gradually lost interest in drawing large-sized oil paintings, and instead produced watercolors and small pieces.  Most of the nine years of his works were lost as he was obliged to return to Japan due to the war.

However, his mysterious copper-plate paintings which were completed after the age of 40 after the war, should have been the ideal fruit which had once been brought up in the international art city.

In this exhibition, along with approximately 25 copper-plate prints, 3 small gouaches from the time in Paris are specially exhibited, and those days are explored through interviews and materials of the artist.